Our mission is to move people and organisations to the next level of greatness. Our reputation is backed by our quality approach and the real and measurable results we achieve for our clients – always.

Values we live by

We pursue growth, always educating ourselves and others.

We work with intense enthusiasm every day.

We have respect for each other, our customers and the work we are doing.

We exceed our customers’ expectations with a commitment to their success.

We have fun, we smile and we treat each other like a family, building open and honest relationships with communication. XAM Consulting is a design-driven innovation company spanning the entire lifecycle of digital product development. We work in partnership with our clients, helping them to innovate in their industry using beautiful design and cutting-edge technology With the same principles and vision for the future, they teamed up to put XAM Consulting on a new trajectory.

In the lead up to their successful partnership, Michael was nurturing his growing microbusiness XAM Consulting, servicing companies seeking external Xamarin expertise and providing them with technically excellent software solutions. While successfully responding to the niche market for Xamarin software, Michael was also inspired by other industry thought leaders who were emerging in the Australian marketplace.

At the same time, Drew was committed to fulfilling his dream of moving his family to Sydney and building a successful business there, after establishing a flourishing technology company in the United Kingdom that employed a team of 100.

The more they spoke, the more they realised that their approach to business was aligned. By combining their individual expertise and strengths, Michael and Drew knew they could create the same future.

Together they honed XAM Consulting into an agency with a design-led, problem-solving approach and it became a key player in the Australian app development marketplace.

From a staff of five, XAM began doubling each year and now numbers 40 key team members. The company has fulfilled its mission of becoming a technically strong agency that focuses on delivery but also cares about design and business value. Michael and Drew put the transformation of XAM Consulting down to keeping up with the pace of change and simply delivering a great return on investment for their customers. Xam Consulting builds solutions that really solve a problem, justifying the capital investment and creating cascading success for the customer.

XAM Consulting has successfully completed major projects for organisations across the construction, telco, retail and finance industries and beyond, empowering all clients with agile digital solutions.

With rapid growth in the software product and utilities sector, and a focus on harnessing the strategic role of data, for XAM the future is just beginning. 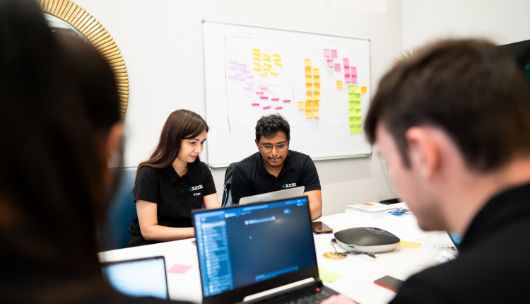 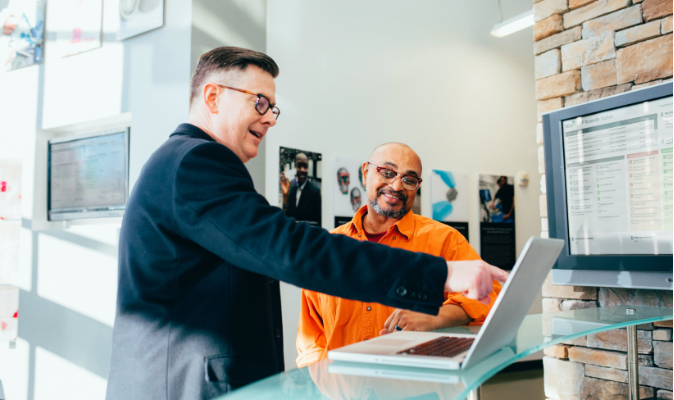 From discovery to development, testing and ongoing maintenance – the team from Xam has the experience you need to transform your business. We work in partnership with your team to co-deliver the best products and projects. Our collaborative approach is backed by our commitment to seamless integration with your existing team – adding value and achieving results. Choose to engage the Xam team on a short-term basis to help with project roadblocks or impending deadlines. We work with clients on a long-term basis to assist with project delivery, maintenance, measurement and future development.