Xamarin Apps that are Disrupting the Market There are more than 15,000 companies using Xamarin around the world. In the list, we see big market players and established businesses like CineMark, Siemens and Kellogg’s.

These companies use Xamarin to leverage their customer experience and deliver native and powerful Xamarin apps to their clients. However, Xamarin is not only exclusive to the big players. There are some really innovative and disruptive businesses, small or medium-sized companies, that use Xamarin to speed time-to-market, cut development costs and deliver apps with native performance. Check out five of these case studies of Xamarin apps that are disrupting the market.

Who would have said that a team of three developers would be able to ship such a great Xamarin app in less than six months? And who would have imagined that this app would get a 5-star rating and fans all around the world? That’s a brief, but true, description of what happened with Storyo, a storytelling app created by the Portugal-based company Nativo Labs.

Storyo is an app that allows users to create video collages using their own photos. The application uses photo metadata to create vignettes with images tagged in similar dates or locations. Storyo adds music, colour filters and other great features to allow users to look at their memories in a completely different way.

“We used Xamarin for two main reasons,” says Filipe Vasconcellos, CEO of Nativo Labs. “One was time to market, and second was that it allowed the team to focus on the idea rather than the engineering.” “None of us had worked with Android before starting this project; it wouldn’t have been possible to do it at all without a tool like Xamarin,” says Filipe Vasconcellos, CEO.

From a business perspective, it puts together two trends that get users quickly hooked: visual elements and storytelling. But Storyo is not only a successful B2C business. They also attract companies from different industries that have as a goal to engage more deeply with their customers.

The tech side cannot be left behind. This application uses artificial intelligence to create life stories with different duration. The most recent release of Storyo enables costumers to create co-shared lifestories.

Using their own team capabilities to speed time to market was crucial for Captio. With Xamarin, they were able to deliver a fast and responsive enterprise application that enables companies to manage travel expenses on-the-go. Captio also offers a web-based interface for supervisors to approve and track expenses. It’s a complete application that is helping companies all over the world to save time and money.

Captio’s development team first used PhoneGap to deliver a hybrid application. But the result was a bit disappointing and the app didn’t perform as well as expected. They were about to go the native way when they realized that it would be very expensive. That’s when the CEO heard about Xamarin and decided to give it a go.

The dev team was able to reuse up to 90% of the code. Their previous experience with .NET and C# enabled a faster development process. Ensuring a smooth user experience across a big range of mobile devices used by Captio’s employees was a big challenge and Xamarin was fundamental to make it happen.

Enterprise apps are becoming super important for businesses that want to increase employee productivity and streamline the workflow across different departments. Travel and Expense Maintenance applications are a relatively new thing, even though they offer a solution to an old problem: According to a survey from KDS, 41% of interviewed employees said they were forced to manage expenses manually and spend up to one hour doing so.

Apparently, investors recognized the value of this product: Captio secured a $1.12 million funding from investors in 2016.

Just Giving has helped to raise more than $4.5 billion to help people in 164 different countries. Just Giving is the world’s largest social giving organization. This fundraising platform used Xamarin to deliver a complete product that enables users from all over the world to raise money for good causes. Users are able to create pages, share their stories, request and track donations and lots more.

Their Android app was built in-house by one developer only. And, guess what, he did it in 3 months. Not only did the Android version became a success with the highest number of 5-star ratings in the history of the company, but the iOS version didn’t take too long to be published. 70% of the code was shared between Android and iOS platforms.

Just giving is not just a social platform like others. The company was awarded multiple times for its innovative way of looking at digital fundraising. They were pioneers with features like Onetap, which allows users to donate with a simple tap. The app also allows organizations to upload their own branded content easily and customize their page as they wish.

Yes, we know. There are other food order services out there. But Olo is far from being like the others. Olo is internationally known for innovating the food delivery market both on a business and technical level. Also, how many food delivery apps do you know that have a Calorie information feature?

Mobile plays a big role in Olo’s strategy. They tried out different technologies before choosing Xamarin. Olo’s dev team initially worked with a JavaScript-based framework, which worked well in the beginning but ended up putting them in a tight spot. After some issues with user experience, they decided to take advantage of their C# skills and rebuilt Olo’s platform entirely with Xamarin.

Months later and the dev team delivered a fully-native experience to their customers. The app received, great feedback and nowadays Olo is another Xamarin evangelist.

They teamed up with Amazon at the end of last year to give Olo restaurant customers a new delivery sales channel. Olo’s partnership with Amazon was a huge step towards a bigger market share and a better customer experience for their clients. Olo also raised $40 million in funding from the Raine Group.

Have you heard of the elevator pitch? Whether you are out at a conference, a networking event or even an informal get together with friends, you’ll get that famous question: What is your company about? A pitch is all about communicating a specific message in a short, but understandable way.

Marcus West spot a niche in the market. He realized that there was a gap in educational tools for people that want to refine their communication and sales skills. He founded 60 seconds, an intuitive platform with extensive resources for businesses that want to take their sales efforts to the next level.

XAM Consulting is proud to be a partner from 60 seconds. They approached us because they were looking for a reliable partner to develop a complex enterprise application for iOS and Android. We provided them with consulting services on their mobile strategy and technical architecture and re-engineered their existing application in Xamarin.

Industries from food delivery to cab driving were disrupted by digital developments. With coaching, the situation is no different. We saw a lot of coaching apps that focus on sports people, but business coaching is a relatively new thing.

60 second is disruptive because it solves a basic enterprise problem in a new way: “The one thing missing from traditional sales coaching is actual behavioural change. Event-based training is expensive and ineffectual, without measurable embedding. And 60 Seconds embeds great conversation” says Marcus West, 60 Seconds’ founder.

In less than five years after its creation, 60 seconds has partnered with big enterprises such as KPMG, DLA Piper, CBA, QBE, Merck, Optus, BOQ, the government of New South Wales, among others.

What do these companies have in common? They were founded by innovative entrepreneurs that simply wanted to deliver the best software solution to their users. There’s no ideal company size here: Xamarin empowers from small business owners to big enterprises that use the platform to build, test and monitor awesome applications. 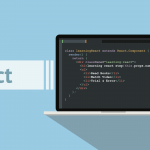 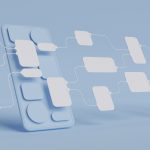