User experience (UX) design is an evolving discipline that changes as new technologies are introduced and each of them becomes increasingly interconnected. To help understand today and tomorrow’s UX design strategies, it helps for UX designs agencies and consultants to take a look back at past trends. After all, understanding how we have got to where we are today is the first step towards appreciating where we are headed.

A Brief History of UX

User experience design has been around for a long time, far longer than computers, mobile phones and, indeed, smart technology. It stems from the concept of incorporating the human element and is believed to have been first introduced by Bell Labs. In the 1950s, the company employed psychologists to design a revolutionary telephone dial layout, one of which is still used today. Move forward to the 1980s and the rise of the personal computer changed the playing field entirely. Ease of use was fundamental for these new technologies, which led leading companies such as Apple Computers to conduct pioneering user-centred design research.

UX really gained momentum in the 1990s with the dawn of the internet. In fact, while the practice was widely used by then, that is when it was finally given a name. Donald Norman, a cognitive scientist, joined the team at Apple and needed a term that encompassed both the human interface and usability. He wanted the idea to cover all aspects of a user’s experience with a system whether it be design, graphics, the interface or physical interaction. User experience became the go-to term as companies started directly investing in the practice to increase revenue and, of course, please the end-user.

A Decade of UX Design

Since its conception many years ago, UX has become a mainstay of digital product design. However, there have been many changes along the way, mobile being one of the most significant. A decade ago, smartphone and tablet use was rapidly rising in popularity, but mobile-first was far from being a thing. Ultimately, new trends in UX design came about due to design challenges such as changing screen sizes and evolving user behaviours. There are far too many to mention them all, but here are some of the biggest additions to the user experience design process over the past decade:

Many of the solutions to design challenges over the past decade have become a mainstay of UX design and are still widely used, such as responsive design, usability testing and personalisation. However, there are some other ideas that haven’t quite yet released their full potential. Design concepts that we may well see evolve further over the coming years include:

The Foundations of Great UX Design

While UX design has changed significantly over the past ten years, some foundational concepts have held strong. UX consultants will continue to focus on more personalised, targeted and engaging designs over the next decade. However, they’ll also incorporate new technologies to achieve this. Usability and functionality will need to inform decisions, but technology will inform how the foundation is laid out. The one thing, however, that will never change is the need for the human element.

To design effective experiences, the feelings of the user have to be factored in, designing for delight and removing frustration wherever possible. Ultimately, we need to not only understand the mechanics of how to build products, but we build them in the first place. In the always-on connected world we live in, if we can delight our customers, they’re much more likely to stay for the long haul. 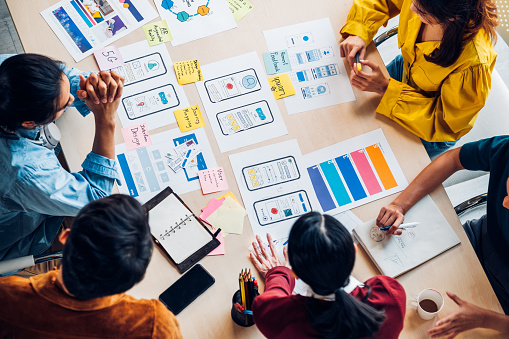 The Do’s and Don’ts of UX Design