What is .NET Blazor and Why Should Developers Use It? When it comes to application development, it pays to understand your options and why you might choose one tool over another. Blazor is a relatively new web development framework designed by Microsoft as part of ASP.NET. The web development tool enables developers to make interactive web apps with C# and HTML instead of JavaScript, build detailed graphical UIs for websites and applications, and combine front and backend operations into a single language. The result is a formidable framework that is able to compete with other industry-leading platforms, while offering distinct advantages.

The .NET platform is now twenty years old and was initially conceived of as a developer platform that offered tools, programming languages and libraries to support the construction of different types of web, mobile and desktop applications. ASP.NET acts as an extension, offering features that facilitate the creation of web applications. ASP.NET has consistently been improved alongside C# and .NET to be a versatile cross-platform framework.

Blazor is the new client-side UI framework from the ASP.NET team. Both ASP.NET and Blazor are web frameworks, but Blazor forms just one part of the wider ASP.NET framework. Developers can use templates and components for UI directly from their browser while simultaneously using tools and functionality from the .NET ecosystem. However, the biggest selling point is that it lets developers build interactive web apps UIs using C#, HTML and CSS instead of JavaScript.

How Blazor Compares to JavaScript

When it comes to many other front end frameworks, such as React, a main requirement is that developers are adept in the use of JavaScript. The language has become the backbone of web development. Of course, JavaScript has some benefits. It allows developers to create sophisticated UIs for web and mobile and to deliver incredible user experiences. What’s more it has a large ecosystem of libraries and components that can be used in multiple projects. However, the programming language is far from perfect. JavaScript famously has an extremely high learning curve. It has an incredibly difficult syntax, using lots of punctuation that doesn’t mean the same as in normal language, which can become jarring and confusing. What’s more, the language doesn’t force developers to sensibly organise code; everything can be dumped into a single file, which can lead to an impenetrable means that is difficult to read and understand.

Blazor is Microsoft’s attempt to simplify the development difficulties caused by JavaScript. Blazor is open-source and free to use and allows developers to use C#, HTML and CSS instead of JavaScript. C# is universally considered an easier language to learn than JavaScript, which immediately offers advantages when it comes to speed. However, with more people focusing on JavaScript, the ability to scale and transfer projects between frameworks and an enormous array of ready to go components and tools, it’s easy to understand why developers are reluctant to let go of JavaScript as their go-to programming language.

The Benefits of Blazor

On the surface, Blazor might not seem worth learning as the programming language is limited to C#, even if that language is easier to learn than JavaScript. However, there are other benefits to the development framework. Web development is usually split between front and backend programming, otherwise known as client-side and server-side development. Each of these has its own language. The frontend will use languages like Javascript, HTML and CSS and the backend uses languages like Python and PHP. This means that developers have to  learn two sets of languages as well as ensure that server-side dynamics render and interact with client-side applications. This makes the learning curve even steeper when it incomes to JavaScript.

When it comes to Blazor, developers can work on both client and server-side using only C#, HTML and CSS, which are basic features compared to the complexity of JavaScript. Developers don’t need to learn two sets of languages and can work on complex projects. What’s more, Blazor has ongoing support from Microsoft as a feature of the extensive and widely used .NET platform.

Some developers might be concered that, if coding and components are completed and rendered in C#, then they will lose access to the ecosystem of tools and components found in JavaScript frameworks. Fortunately, however, Blazor also has full JavaScript interoperability that enables developers to call JavaScript functions from .NET. This means that JavaScript APIs and libraries for frontend development can still be used. The same is possible for backend languages as .NET doesn’t need to be run on the server.

Ultimately, Blazor offers a collection of web UI components using C#, HTML and CSS templates, client and server-side code rendered in C# and the ability to create sophisticated and highly interactive UIs without the need for JavaScript. The framework has a lot going for it and is increasing in popularity.

Is Blazor the Future of Web App Development?

As developers aren’t required to learn JavaScript or any other backend programming language to use Blazor, it certainly has its place in the development world. With a strong knowledge of C# and HTML alone, developers can create highly interactive and sophisticated frontend UIs. What’s more’ there is no need for separate frontend and backend developers, which gives greater scope when it comes to development projects. With this in mind, it’s easy to see how it can rival other frameworks, especially when you bear server-side maintenance in mind.

While Blazor is a clear success when it comes to the learning curve and deployment speed, it is a big claim to say that it is the future of creating web applications. However, it is and may well remain the go-to tool for creating something quickly with confidence in the solution. What’s more, as part of the .NET ecosystem, Blazor has full support from an industry leader, which means it won’t be going anywhere anytime soon.

The future may well see Blazor becoming part of a single unified UI framework for building any type of application with .NET. It is an exciting prospect and one that will open up many possibilities for developers. 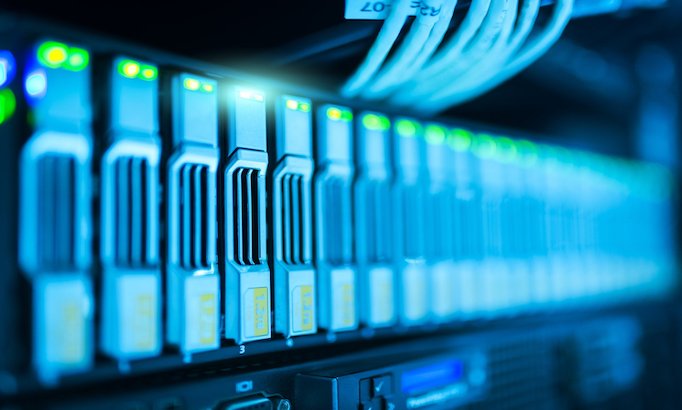